is a student-run undergraduate organization that specializes in trial advocacy, public speaking, critical thinking, and theatrical performances. Using a fact pattern provided at the beginning of the acadmic year, MOCKTRIAL@UCLA travels nationally to compete against the top colleges and universities in the country. Our program offers students the opportunity to improve their public speaking skills, as well as gather an understanding in trial procedures and complex legal matters, including criminal and civil law and the rules of evidence.  But above everything else, for members of the organization, MOCKTRIAL@UCLA is a close-knit family.

MOCKTRIAL@UCLA consists of approximately 40 undergraduate students that come from very diverse backgrounds.  From freshmen to seniors, students majoring in humanities to fine arts to the hard sciences, our members represent a distinct cross-section of the UCLA campus.

What is Mock Trial?

Intercollegiate mock trial is a competitive courtroom simulation.  Using trial advocacy skills, a thorough knowledge of various aspects of law, and acting ability, undergratuate students compete against other university in a simulated trial: one school represents the prosecution/plaintiff and the other school represents the defense.  Each team consists of 6-10 members, six of whom will actually compete in any given trial (three as attorneys, three as witnesses). Much like a real trial, students will deliver opening statements, direct and cross examinations, and closing arguments.  At each tournament, each team will play four rounds, presenting both sides of the case twice.

At the undergraduate level, mock trial is governed by the American Mock Trial Association (AMTA).  Each year, AMTA produces a single case for the entire year, alternating annually between a criminal or civil legal issue.  With over 600 teams competing during the competitive season, AMTA hosts regional tournaments every February and eventually crowns a sole winner every April at the National Championship Tournament. 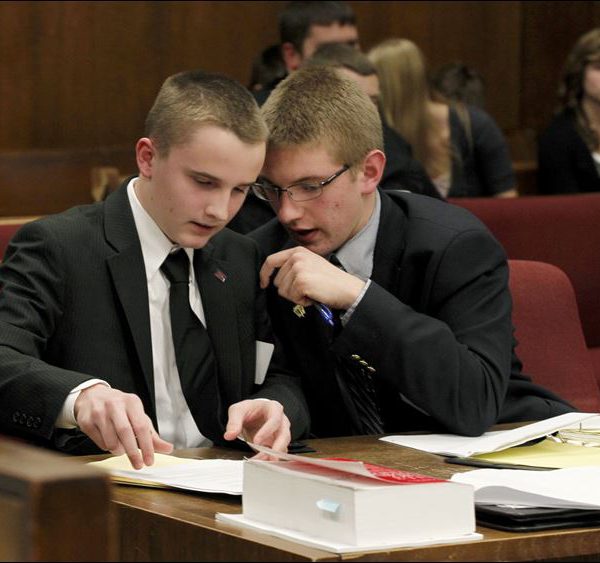 Are We Any Good?

Absolutely.  Our hard work and dedication have translated into a long history of accomplishments.  Since the program’s inception in 1998, UCLA has qualified for the National Championship Tournament every year, finishing among the Top Ten teams in the country in 14 of the last 16 years. UCLA students have also been awarded 50 All-American awards (given annually to the best attorneys and witnesses in the nation).